Adding web based remote control to my Marantz amplifier

In one of my previous blog posts I explained how to emulate Marantz remote control with Arduino using "remote in" socket. Now I decided to do something useful about it. My final goal is:

To support WIFI and be able to run a web server I decided to use the ESP32 platform, which is widely available and supported by Arduino IDE. Initially, I tried to connect GPIO12 output directly to the "Remote In" socket. This was working fine but completely blocked IR. So I had to add a diode, to avoid current from the amplifier to the ESP32. This solved the problem. As a power supply, I am using an old mobile charger with micro-USB output.

One of the early problems I found was that connection latency was very unstable, from 10 to 100ms. It was solved when I disabled power saving on the wireless interface, now it is within 1-5ms. 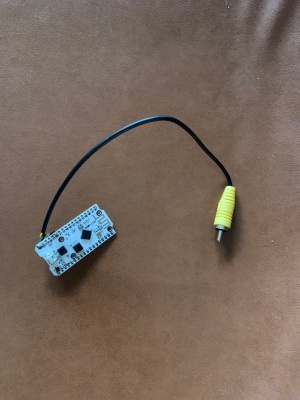 Source code is published in my github repo. To compile it – add spressif/arduino-esp32 and ESPAsyncWebServer manually. 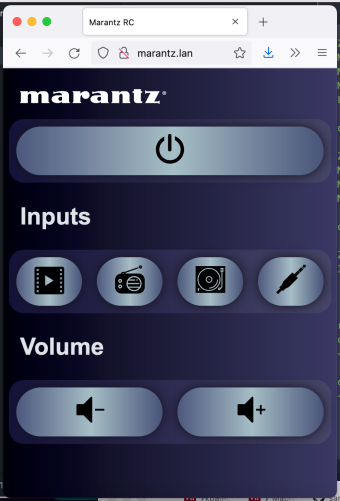 Something I may add in the future: